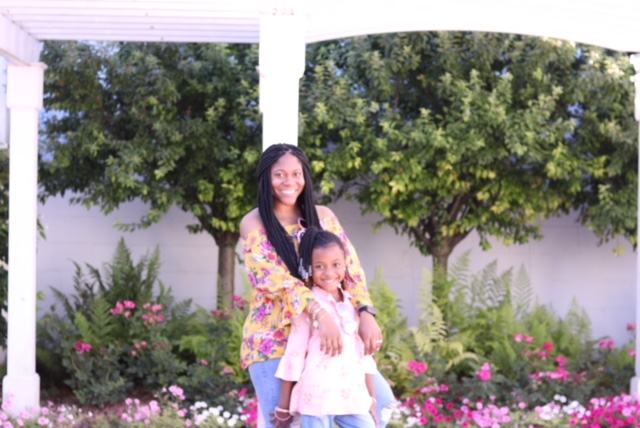 There Is No Right Way To Step Parent

As a millennial bonus mom, I often battle with the way society down plays step parenting. No one can take the parent/child love and relationship away from them. Honestly, that’s not the intention in my situation and I am not willing to harm my bonus daughters’ mental stability by feeding her negativity in efforts to harm the relationship she has with her birth mother. However, my intention is to create a relationship with my bonus daughter that demonstrates my advocacy for success in her life.

Have you ever heard the saying “Behind a lot of great kids is a step parent that stepped up”? I have and it is what I remind myself every day. The step parent – step child relationship is unique. You will not be perfect in this journey, but the good thing about is YOU get to create the path. Here are three things I have learned that enable me to push forward on this step parenting journey.

Focus On The Positive

I read a study that showed step families experience most of their troubles in the first two years. I would like to go on record stating that in my case, the troubles haven’t ended and we’re closing in on year five. Despite this, I know the positive I bring to the situation. My focus is on being a successful role model to my bonus daughter. I often times look at myself as an extra resource in her life. I have the opportunity to influence her emotional and intellectual development; as well as her moral growth. The environment we create as parents is in direct connection to a child’s behavior and emotions. It is kind of like the saying “actions speak louder than words”; it’s all about our interactions with them. If your bonus children see you as a positive influence, no one can take that from them. It does however take time to build that influence. You are going to have to demonstrate it over and over again; but once it’s built, it’ll show reward.

I look at being a part of a step family as a chance to teach my children about diversity and equality. Maybe this stems from my HR background but the approach actually works. Think about it, a blended family is very diverse. Diverse in appearance, relationships, thought, practices and influences to name a few. I teach my bonus daughter to respect the differences amongst the people in her families. A prime example is when my husband and his ex differs in opinion on a subject pertaining to my bonus daughter. The lesson I teach her is to reflect on times when she has encountered disagreements while playing with friends or cousins; in such, her father and mother will not always agree (diversity of thought). When I reference equality in this concept I am referring to equality amongst my children and respect to adults despite our title. My son and my bonus daughter are treated equally in my household. They receive the same treatment, love, attention discipline etc. In turn, I expect the same respect from my bonus daughter that she gives to her birth parents; period.

Sometimes we get so deep into our own feelings we disregard the fact that being a part of a step family is not easy to cope with as a young child. There will be instances when the child experiences disagreements with you just as how they will experience disagreements with their birth parents. Don’t take it personal, it’s not you, it’s the situation. We have to get to a point where we understand when and when not to parent a bonus child/ren. In some cases, you’ll always need to step in; in others you’ll have to go with the flow of the situation. I know it’s hard, especially when we are present and involved as much as everyone else. Just remember that your bonus child/ren are dealing with their own feelings.

Again, being a step parent is a special role; understand that and let the role evolve on its own. Also, please remember that there is no guidebook. Just like there is no guidebook on how to be a successful parent. You are going to have to recognize and deal with what comes at you (life darts) day by day. The best thing I have done for my mental peace over the years was letting go of how I thought we should be as a unit and focused on being the best role model I could be to my bonus daughter.

Ghosting – For Self Preservation

I Will Always Overcome

Check In With Your Partner